This famous photograph of a unit of the Irish Citizen Army drilling at Croydon House in Croydon Park, Clontarf is extremely well known.  However, this second view of the same scene, including an additional figue to the left – James Larkin – is less commonly seen. It came to me in 2014 through the NMI’s former Registrar, who received it from a former curator at the museum.

On this day – 21st January – in 1876, trade union leader James Larkin, was born to Irish parents in Liverpool.  Originally an organizer in the National Union of Dock Labourers, he had arrived in Belfast in 1907 to organize a strike there, and was later transferred to Dublin where he, James Connolly and William O’Brien established the Irish Transport and General Workers’ Union in December 1908. Work was scarce, badly paid and inconsistant, and the union grew quickly, causing some of the main employers in the country to ban membership of a trade union as a condition of employment. They established the Employers’ Federation, headed by William Martin Murphy, owner of the Dublin Tramway Company, a number of newspapers and the Imperial Hotel in O’Connell Street. In August Murphy fired 300 tram workers, leading to sympathy strikes and the eventual locking out of over 20,000 workers, with violence breaking out on the streets between the striking workers, the blackleg labour and the Dublin Metropolitan Police who were brought in to protect them. The Dublin Lockout was to last until February 1914 when the workers were forced to return to their jobs with few rights won. 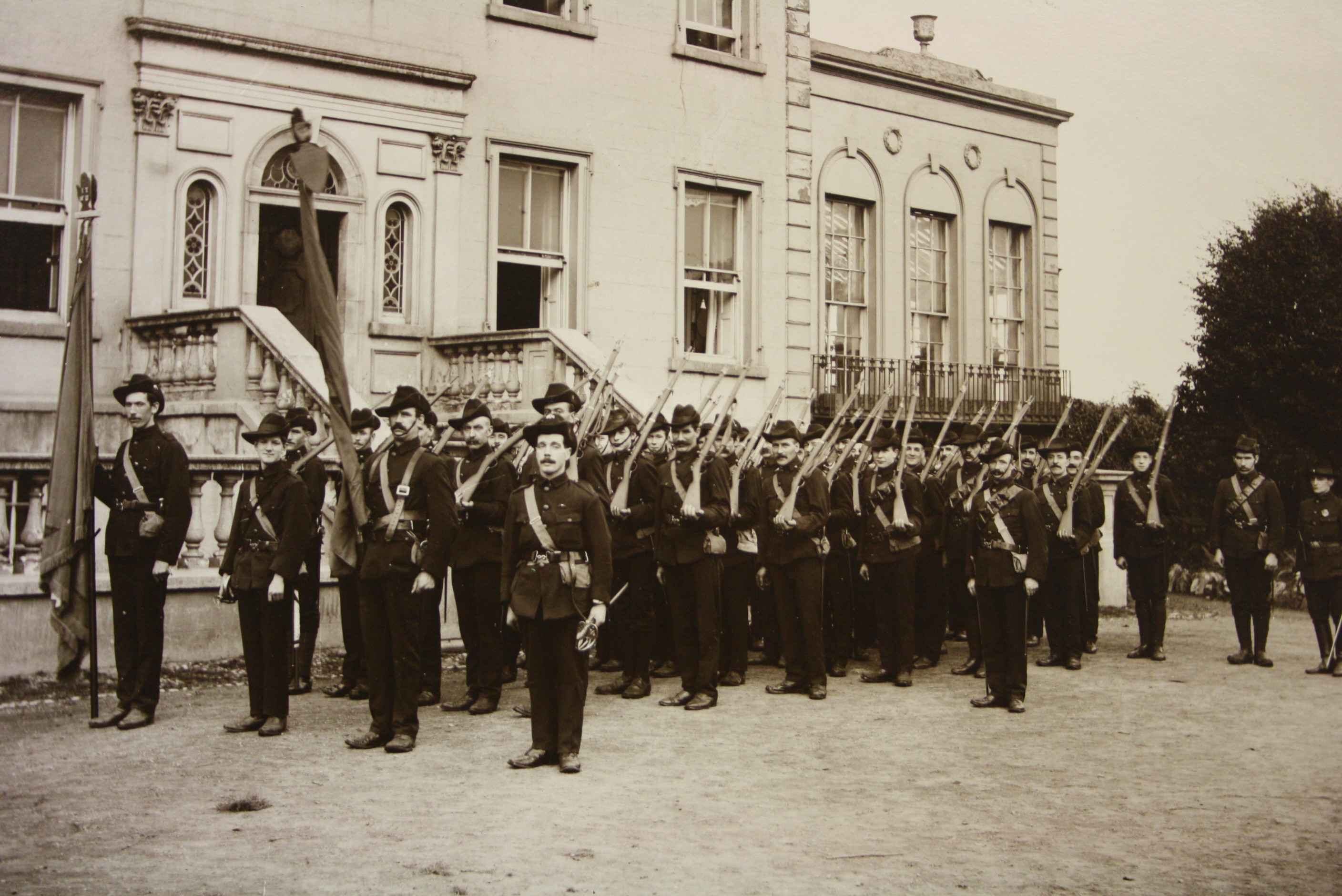 The Irish Citizen Army was formed as a workers’ militia to protect people in the aftermath of the August 31st Bloody Sunday riots, when the Dublin Metropolitan baton charged  the crowd listening to Larkin giving a speech in O’Connell Street.  Labourers James Nolan and John Byrne both died of injuries received by police batons on the Saturday, and contemporary reporting stated that 433 people, and possibly up to 600 people were injured in the violent disturbances over the course of that weekend.

The Irish Citizen Army was established by James Larkin, James Connolly and  Jack White. White, a former British Army captain, led the training of the ICA at Croydon Park.  White was arrested at a demonstration in March 1914, and soon afterwards the ICA started re-organising. Apart from a constitution being written (by playwright Sean O’Casey), a uniform was decided upon and ordered to be made by Arnott’s; a dark green serge wool tunic and trousers, and a hat with one side of the brim pinned up with the ICA badge.

The uniforms arrived sometime in March or April 1914, and it was probably at that time that the famous photograph of the Irish Citizen Army was taken at Croydon House. It was taken by Keogh Brothers Photographers of Dublin, and shows a unit of the ICA proudly showing their uniforms, with the Plough and the Stars flag on a pole held by the man on the far left. The first appearance of the flag, made by the Dun Emer Guild, was stated to be at a meeting on the 5th April 1914, so this photograph was taken on or after that date. The presence of James Larkin in the second version of the ICA at Croydon Park  photograph also means it was taken before his departure on a fundraising trip to the United States on 24th October of that year.

It’s always fascinating to see a little extra of something we already know so well. 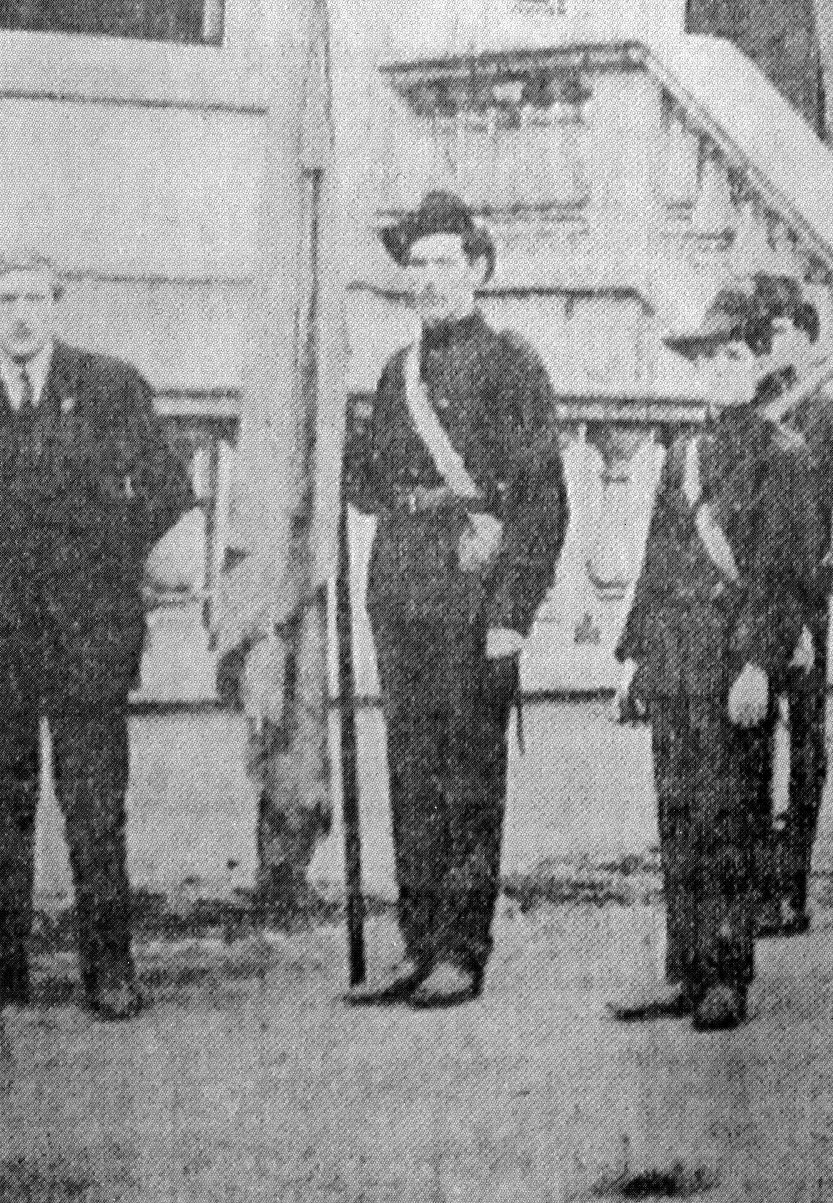